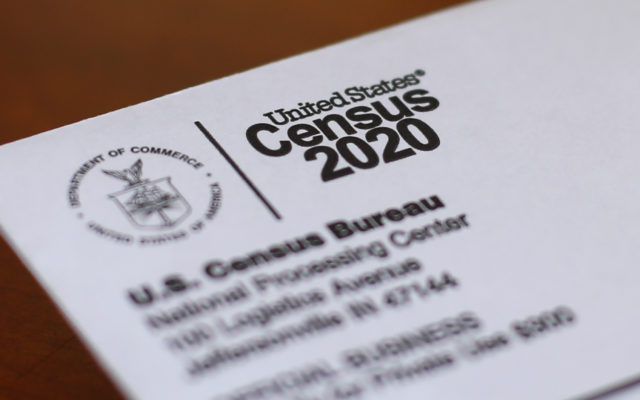 FILE - In this Sunday, April 5, 2020 file photo, An envelope containing a 2020 census letter mailed to a U.S. resident is shown in Detroit. A top lawmaker says the Trump administration is seeking to delay deadlines for the 2020 census because of the coronavirus outbreak. U.S. Rep. Carolyn Maloney said Monday, April 13, 2020 that administration officials also were asking that the timetable for releasing apportionment and redistricting data used to draw congressional and legislative districts be pushed back. (AP Photo/Paul Sancya, File)

The United States Census Bureau has accelerated the timeline to complete all 2020 Census counting efforts. Starting now, Census takers will visit homes that have not yet responded to the 2020 Census. Census takers will wear masks and follow local public health guidelines when they visit your home.

If no one is home when the census taker visits, the Census taker will leave a notice of their visit with information about how to respond online, by phone or by mail. Census data is used to direct hundreds of millions in federal and state funding to the Joliet area to support: roads and other public infrastructure, schools, public safety, emergency preparedness, and hospitals; social service programs that provide assistance for senior citizens, veterans and low-income families and business decisions to potentially build or expand offices, factories, and stores, which create jobs.