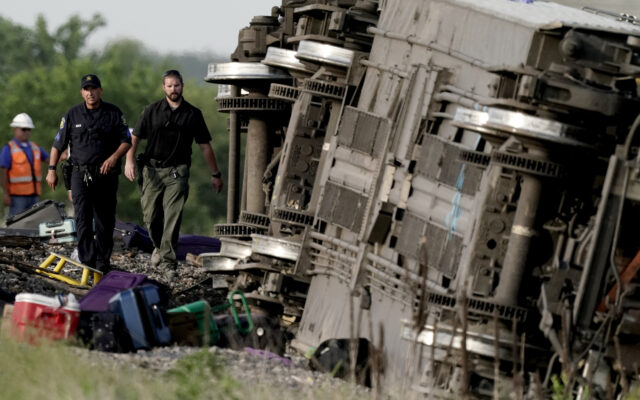 Police say three people are dead after an Amtrak train derailed in Missouri after hitting a dump truck. Police say several others are wounded. The train derailed after it hit a the dump truck at a public crossing in the city of Mendon, which is about 100 miles northeast of Kansas City. Missouri police say two died on the train, and one person died in the dump truck. The train was traveling from Los Angeles to Chicago.