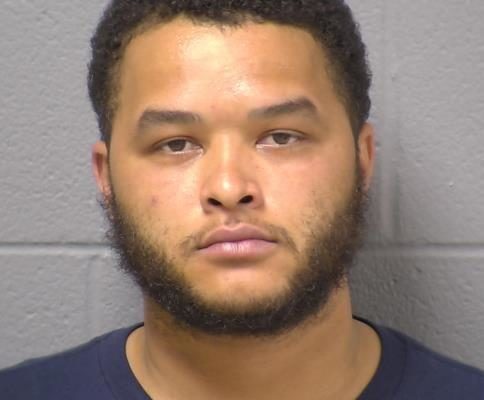 The Joliet Police have announced the arrest of 32-year-old Timothy D. Nagra for Aggravated Assault, Criminal Damage to Property, Possession of Stolen Firearm, No FOID, Unlawful Possession of Ammunition, Obstructing a Peace Officer, and Unlawful Use/Possession of Weapon Felon.

On April 12th, 2020 at approximately 8:20pm, Officers responded to the 700 block of Nicholson Street in reference to a domestic disturbance. Officers determined that Nagra had damaged the victim’s vehicle and then pointed a firearm at the victim, before fleeing the scene in a beige GMC SUV.

An Officer saw a beige GMC SUV being driven by a male matching the description of Nagra in the area of N Broadway Street and Theodore Street. A traffic stop was conducted in the 300 block of S State Street. Officers gave commands for Nagra to exit the SUV numerous times, which he initially refused to follow. He eventually exited the vehicle, and was placed into custody without further issue. A loaded firearm was recovered from inside the GMC SUV.