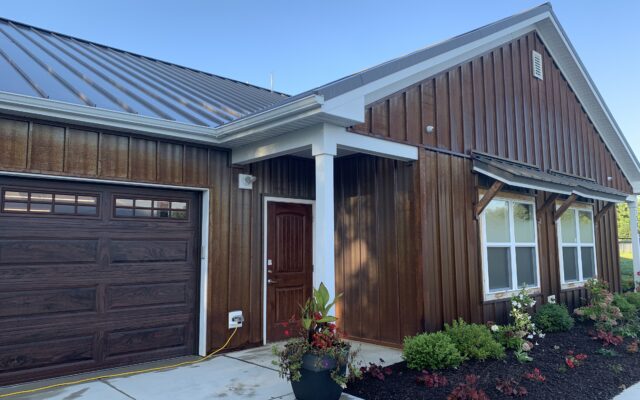 A ribbon cutting today for Liberty Landing in Joliet —a rent to own community that is changing the face of affordable housing in Joliet and the nation. Congressman Bill Foster says these new complexes will create generational wealth.

Joliet Mayor Bob O’Dekirk says the Housing Authority of Joliet is to be commended for the years of work on this project that began 10 years ago. This is the third and final phase of the project.

Michael Simelton, DEO of the Housing Authority of Joliet says, “This is our opportunity to showcase to the community that generosity is something we do instinctively. The Housing Authority being one of the largest landlords in the community, is providing a level of generosity – through rentals. However, we want to speak life through ‘justice’. Justice is home ownership for those that are struggling to create wealth for their family. That’s why we are proud to cut the ribbon for Liberty Landing… this is justice.”