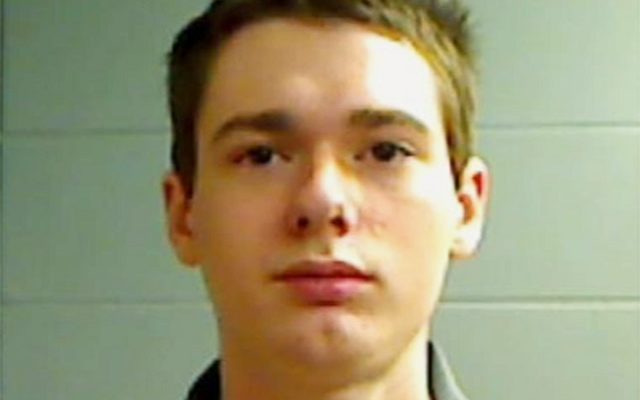 FILE - This May 17, 2018, file photo provided by the Dixon Police Department in Dixon, Ill., shows, Matthew Milby Jr. Milby, the suspected school shooter at Dixon High School during graduation rehearsal last week in Dixon, appeared in court via video from the Lee County Jail for a hearing Wednesday May, 23. The lawyer for Milby says that Milby's mother Julie Milby legally possessed the gun he's accused of using. (Dixon Police Department via AP, File)

Accused Dixon School shooter Matthew Milby is being considered unfit to stand trial. The former Dixon student was deemed unfit in March, then fit for trial in September before yesterday’s decision to send Milby to get mental health help. Milby pleaded not guilty in May 2018 to the shooting inside Dixon High School. Only Milby was hurt when he was shot by a resource officer. He faces several charges, including attempted murder. He will return to court March 17th.