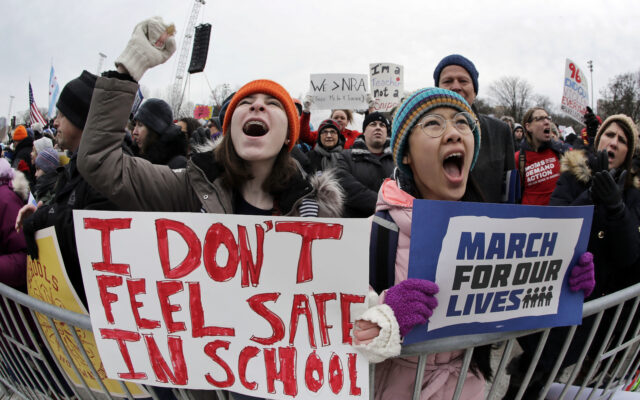 FILE - Demonstrators hold signs during a "March for Our Lives" rally in support of gun control, Saturday, March 24, 2018, in Chicago. In the wake of the shooting at Marjory Stoneman Douglas High School, teenaged survivors organized one of the largest youth protests in history in D.C., rallying over a million activists in sister marches from California to Japan. (AP Photo/Nam Y. Huh, File)

Activists are urging lawmakers to pass the Protect Illinois Communities Act. Yesterday dozens of groups, including Moms Demand Action rallied at the State Capitol to urge legislators to vote yes on the measure, which would ban the sale on assault-style weapons and high-capacity magazines. The bill would also raise the age to own a FOID card from 18 to 21. Lawmakers are expected to discuss the bill over the next few days.