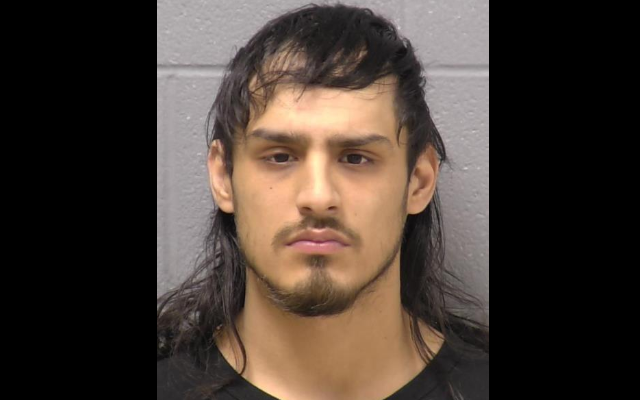 An admitted gang member known to Joliet police is in custody after a routine traffic stop that resulted in a police chase, crash and foot chase.

The driver then fled from the vehicle on foot from Officers. Officers quickly apprehended the driver near Maple Road and Draper Avenue and identified him as 21-year-old Sebastian Gates of Joliet. Officers recovered a handgun that Gates discarded while fleeing. It was determined that this firearm had been reported stolen from another county in Illinois. A second handgun was recovered by Officers upon search of his vehicle. It was determined that this handgun was also reported as stolen from Will County.

Shortly after arriving at the Joliet Police Department, Gates complained of a medical issue and was transported to AMITA St. Joseph Medical Center by the Joliet Fire Department. Gates was released from the hospital a short time later and taken to the Will County Jail.