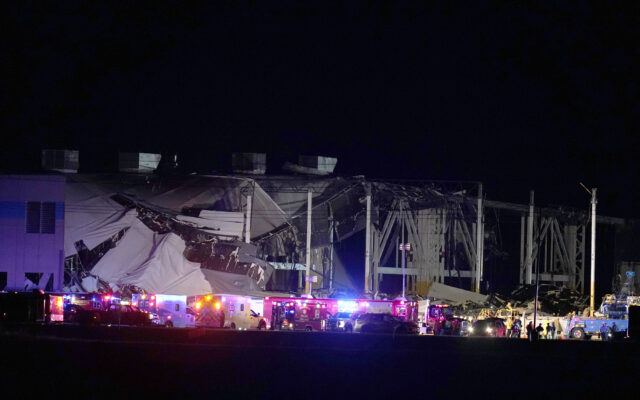 Emergency vehicles stage outside an Amazon fulfillment center after it was heavily damaged when a strong thunderstorm moved through the area Friday, Dec. 10, 2021, in Edwardsville, Ill. (AP Photo/Jeff Roberson)

The Illinois Amazon warehouse where six people died in a tornado reportedly is being rebuilt without a storm shelter. The ‘Belleville News-Democrat’ says reconstruction is underway on the Amazon warehouse in Edwardsville and no changes are being made to the section that was destroyed. City officials said in a prepared statement that the repaired section would be completed with the same “tilt up” wall construction that was used originally. Those kind of walls have been criticized by lawyers representing families of the deceased workers.