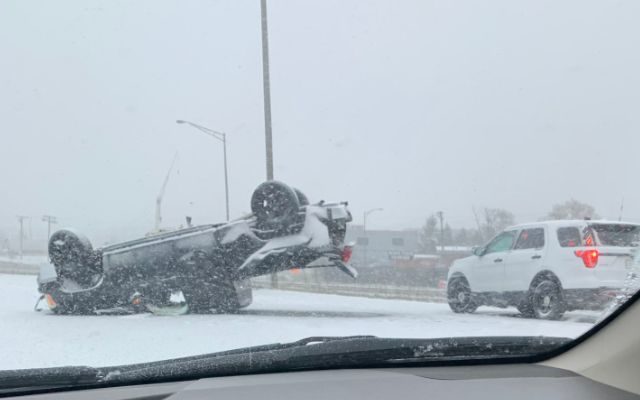 I-55 Crash with overturned vehicle between Weber and Route 53

A mid-April snowstorm caused havoc on the roadways including I-55 this morning. The road were slick with snow beginning as the morning rush began. On I-55 an overturned vehicle happened just after 6 a.m. this morning between Weber Road and Route 53.  Dozens of accidents reported on I-55 and I-80 making today’s commute look like January rather than April. It was so bad that the Illinois State Police issued their Emergency Snow Plan, if you are in an accident without injures they ask that you exchange information and file a report at a later date. Sixty vehicles were involved in a massive pileup crash on the inbound Kennedy Expressway at North Avenue. Many injuries but no word of any fatalities.

Part of today’s problem is that salt trucks have had their salt spreaders taken off the trucks a few weeks at some municipalities around the area. Fewer salt trucks reported on area roadways. Another round of snow Thursday into Friday morning of this week.