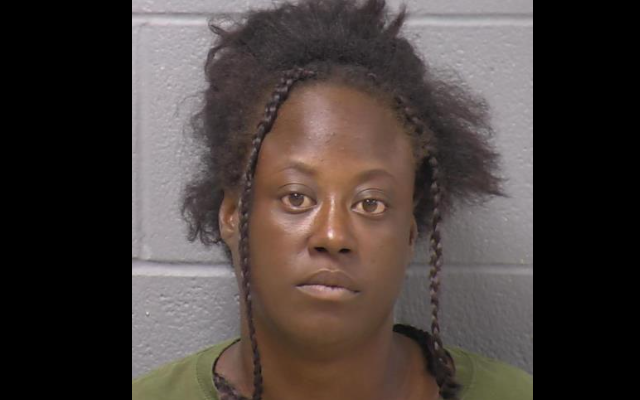 A 38-year-old Aurora woman arrested for Battery, Obstructing a Peace Officer had three Will County Warrants out for her arrest.

On August 8, 2022, at 4:29 a.m., Joliet Officers responded to BP gas station (6 McDonough Street) for a disturbance. Officers determined that Hudson entered the gas station and demanded water from an employee. After the employee refused, Hudson sprayed the employee with mace and left the store. Officers located Hudson at the Dunkin Donuts across the street where she refused multiple times to provide her information to Officers. Officers placed Hudson into custody without incident.

After Officers were able to determine Hudson’s identity, it was discovered that she held three active Will County Warrants for the following incidents:

On June 13, 2022, at 11:31 p.m., Hudson was identified as a suspect who stole a carton of cigarettes from the BP Joliet gas station (1987 West Jefferson Street) without paying for them. Joliet Police Detectives secured an arrest warrant on July 12, 2022, for two counts of Retail Theft.

On June 18, 2022, at 5:13 p.m., Hudson was identified as a suspect who stole multiple bottles of liquor from Sugar Creek Liquors (1200 Richards Street) without paying for them. Joliet Police Detectives secured an arrest warrant on July 14, 2022, for Retail Theft.

The third arrest warrant is for Retail Theft but is a New Lenox Police Department case.