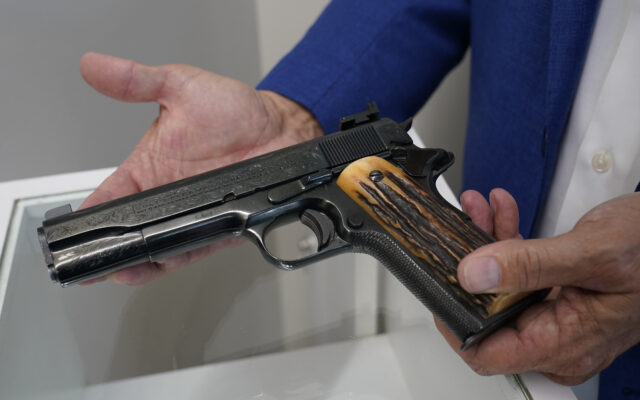 The recent auction that offered personal effects belonging to late Chicago mobster Al Capone is being considered a success. The Sacramento-based event brought in more than three-point-one-million dollars. The amount was four times more than the auction house expected. The most expensive item belonging to Capone was a .45 caliber Colt semi-automatic pistol that sold for one-million-dollars. Other things that were sold included a cigar humidifier that was purchased for more than 145-thousand dollars and a diamond monogram pendant sold for more than 72-thousand dollars.