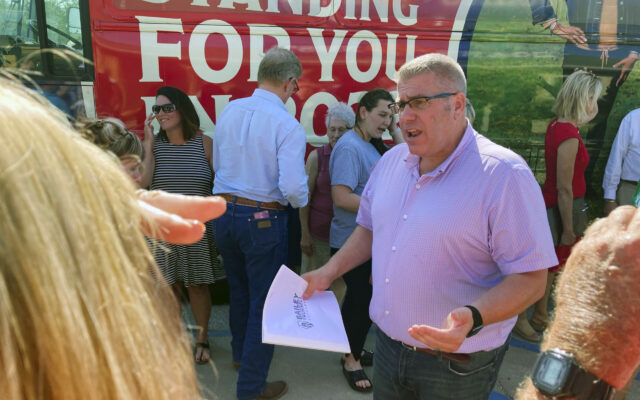 Republican candidate for Illinois governor Darren Bailey continues to blame Governor Pritzker for Chicago’s gun violence.  The state senator blasted his opponent yesterday at the site of a deadly shooting in Chicago’s Washington Park the night before.  Bailey claimed Pritzker doesn’t care enough about violence in Black communities.  When asked how he would improve conditions on the South and West sides of the city, Bailey said he would repeal the criminal justice reform law the Safe-T Act.