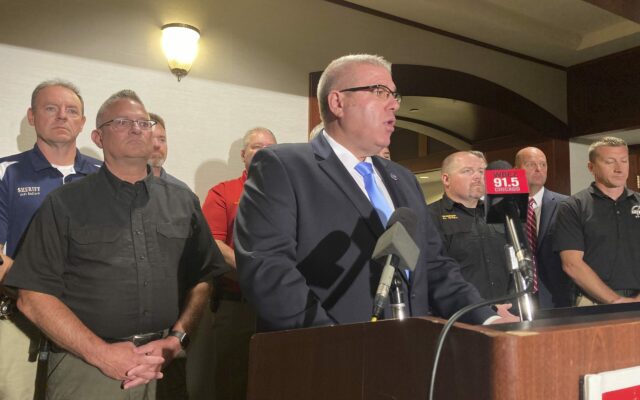 Republican candidate for Illinois governor Darren Bailey continues to blame incumbent Governor Pritzker for rising crime rates in the state.  Speaking in Springfield yesterday, the state senator said “We won’t have peace in Illinois until we fire JB Pritzker.”  Bailey also pointed out that the SAFE-T Act will end cash bail in Illinois at the start of next year.  He said the rest of the state will face the same mayhem as Chicago, where he claims no cash bail practically already exists.