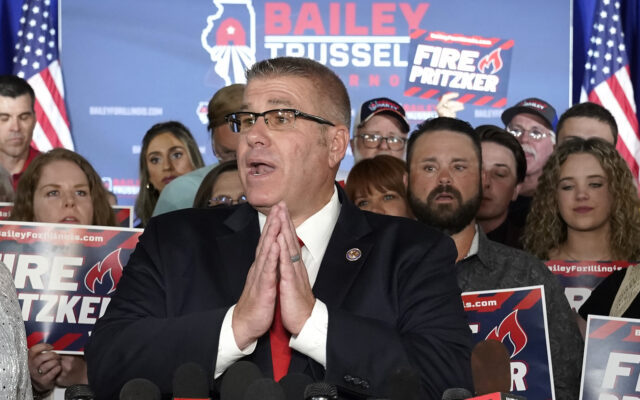 Republican candidate for Illinois governor Darren Bailey is shying away from talking about former President Donald Trump.  The State Senator refused to answer yesterday when asked about the U.S. House committee looking into Trump’s role in the January 6th Capitol riot.  Bailey got Trump’s support just days before winning the Republican nomination for governor in last month’s primary.