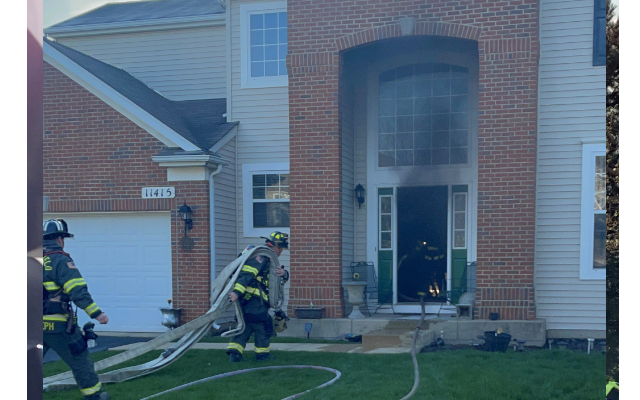 On Wednesday morning, April 27, 2022 at 7:37 a.m. the Plainfield Fire Protection District responded to a reported basement fire in the 11400 block of S. Glenbrook Circle in Plainfield. Fire companies arrived to find a large two-story home with smoke showing. The residents of the home had self-evacuated prior to the fire departments arrival. Upon investigation fire companies confirmed a fire in the basement with heavy smoke conditions. The fire was brought under control relatively quickly, but the home sustained extensive smoke damage.

The residents of the home were evaluated by EMS personnel on the scene but declined further treatment. The Red Cross was called in to assist the residents. The fire was upgraded to a full still alarm which brought in additional resources from Naperville FD and Bolingbrook FD to assist at the scene while Oswego FPD, Troy FPD, Romeoville FD, and Minooka FPD provided station coverage during the fire.

The cause of the fire was due to a faulty dehumidifier in the basement.