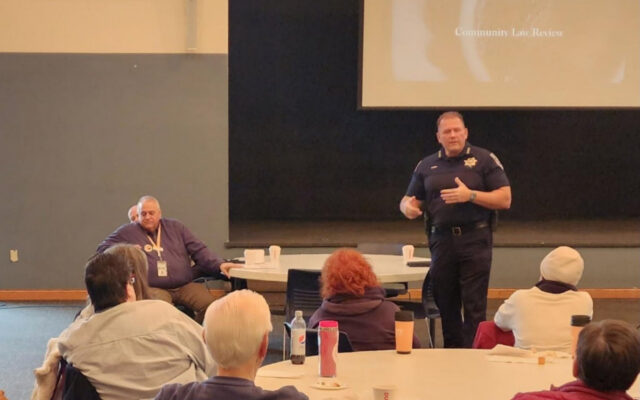 On December 7th, 2022, Bolingbrook Police Chief Rompa met with residents to update them on latest BPD news and answer questions at his monthly Coffee with the Chief event at the Bolingbrook Community Center. 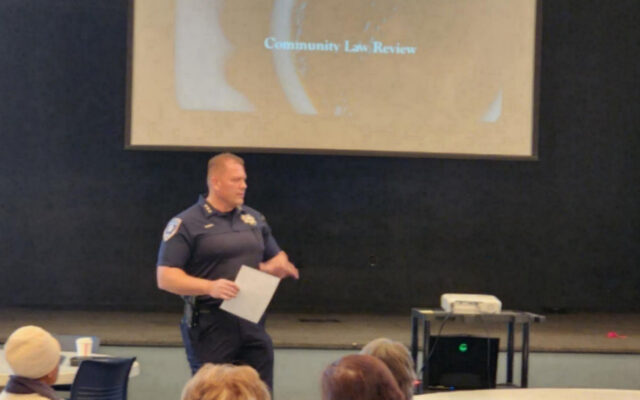 Chief Rompa shared recent highlights from our Patrol and Investigations divisions along with updates from the Community Outreach team. The thread connecting each piece of Chief Rompa’s message was the BPD’s commitment to serving our community. The Chief spoke about the department’s efforts to connect with our youth, and the great efforts taken to properly serve the most vulnerable parts of our community.  The Chief spoke passionately about the personal connections he has made through the years at events such as Shop with a Cop. 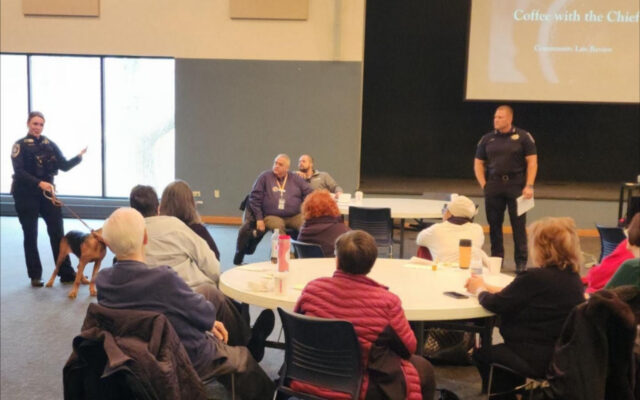 Next week, Chief Rompa will host his 26th annual Shop with a Cop where BPD officers and staff will host over one hundred children and their families for a special holiday event.

Coffee with the Chief would not h 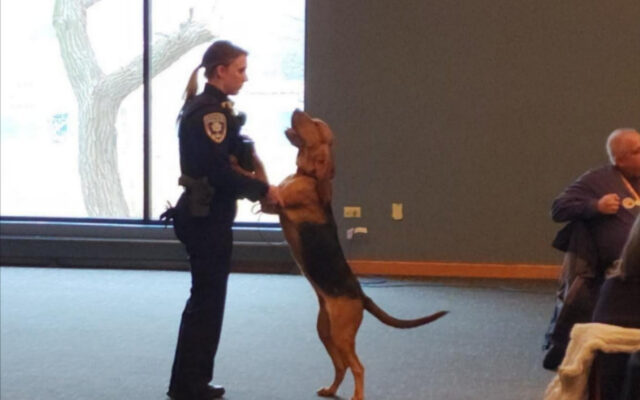 ave been complete without an appearance from Deputy Chief Scout, the department’s first bloodhound.  DC Scout and her handler Officer Britton briefly stole the spotlight as the six-month-old puppy got introduced to the audience. DC Scout quickly exited though, as she was due back at training. Officer Britton and Scout expect to be fully operational by springtime and we are all excited to see them in action. 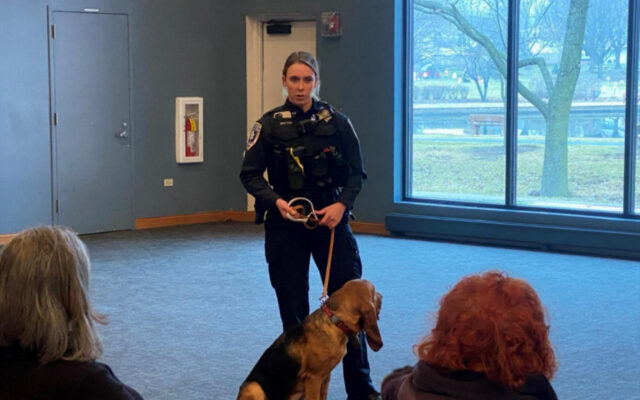 Also in attendance was the Bolingbrook Park District’s Executive Director Ron Oestreich who updated residents on the many offerings of the park district.  Fire Chief Jeff LaJoie highlighted many of the exciting things taking place within their department. Bolingbrook residents should keep an eye out for some new fire department vehicles in 2023, along with many new faces. 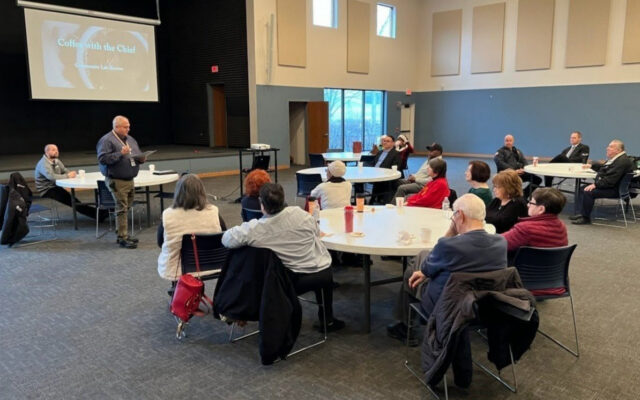 Finally, Chief Rompa and Co-Administrator Ken Teppel led the group in a collective thank you and round of applause for Public Works Director Ken Enda who is scheduled to retire after more than three decades of service to our community. Thank you for your service Ken, and we wish you the best of luck in retirement.

Chief Rompa is finalizing the 2023 Coffee with the Chief schedule. Please stay tuned to Bolingbrook Police News for the forthcoming schedule.