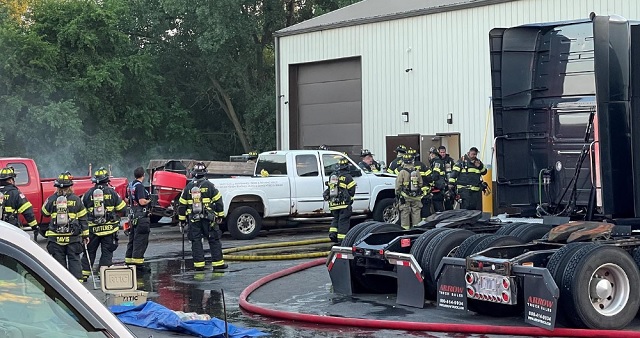 A fire at an unoccupied building in Crest Hill on Monday evening is now under investigation. It was 7:36 pm that the Lockport Township Fire Protection District was dispatched after a report of smoke coming from a building in the 1700 block of Tomich Court. A neighboring business noticed smoke coming from the commercial building and called 911. Crews arrived to find an unoccupied four-unit, metal pole building on fire. Companies were able to bring the fire under control within 15 minutes but spent about an hour and a half working to extinguish some hot spots in an exterior wall. The fire damage was contained to the single unit and no injuries were reported. Additional assistance was provided by Romeoville Fire at the scene while Bolingbrook, Homer, and Plainfield provided coverage in the Lockport stations.