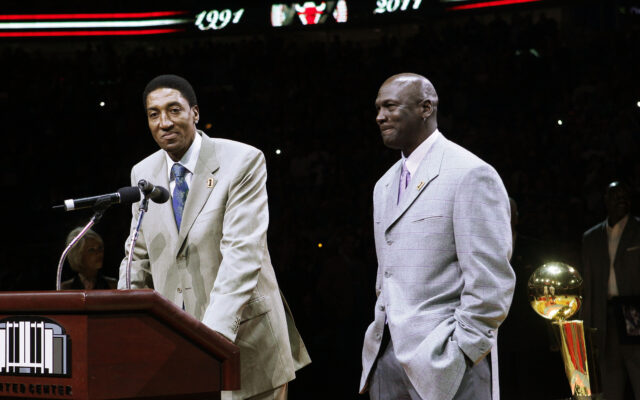 Retired Bulls great Scottie Pippen has sold his suburban Highland Park home after putting it on the market five years ago. The 13-room, ten-thousand square foot mansion was purchased for one-point-eight million dollars. The original price tag on the five-bedroom home was three-point-one million dollars. Some of the features of the mansion include five-and-a-half bathrooms, two fireplaces, a movie theater that seats eight, and a gym with a half basketball court that has his famous number 33 on the floor.