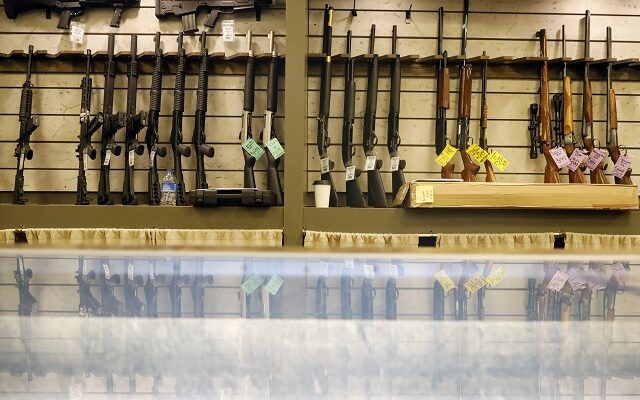 An investigation is underway after a car crashed into the front of a Crete gun store on Tuesday morning. It was at 2:30 am that Crete Police were called to Asgard Arms on First Street for an attempted robbery. Officers on the scene reported that a car had run into the front of the store. Video surveillance showed that five suspects used the vehicle to ram into the building and break in. The suspects entered the store and ran off with several items although early indications are that no guns or ammo were taken.  The investigation also determined that the car used in the robbery was stolen from Chicago.