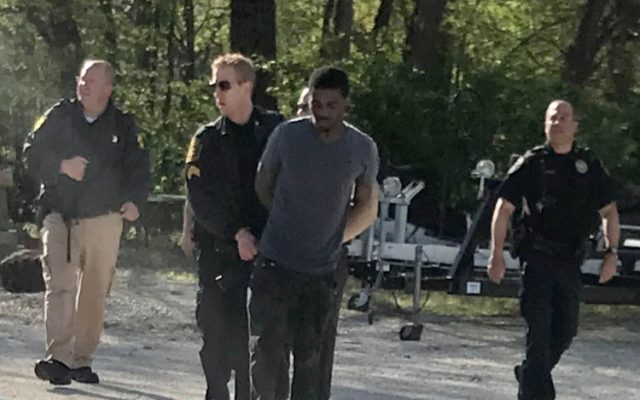 On May 4, 2020, at approximately 7:18 a.m.,  Troopers responded to the scene of a two-car accident on I-55 northbound south of Gorman Road.  Upon arrival, troopers saw an accident involving a car and semi-trailer. Troopers learned that after the crash, a third vehicle stopped to help after witnessing the crash. The driver of the crashed vehicle, later identified as Wanyae A.J. Massey displayed a firearm and took the assisting vehicle and fled the scene. Troopers located the stolen vehicle traveling on Interstate 55 northbound south of Arsenal Road and attempted to conduct a traffic stop; after Massey refused to stop, a pursuit ensued.

The pursuit ended after the vehicle crashed at the intersection of Blodgett Avenue and County Line Road in Wilmington. Immediately after the crash, Massey fled the scene on foot. A short time later, Massey was taken into custody by ISP Troopers at the Harbor Side Marina. During the investigation two firearms were recovered. The driver of the semi was transported to a local area hospital to be treated for minor injuries.  The occupants of the stolen vehicle did not sustain any injuries. Massey did not require any medical attention.

WJOL has learned that Massey was recently paroled from the Illinois Department of Corrections. He was release on April 2nd after severing part of a sentence for residential burglary.