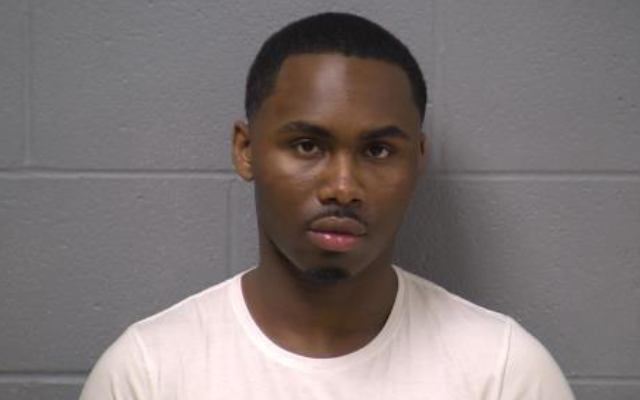 Illinois State Police have announced the arrest of a 25-year-old male from Glendale Heights after allegedly fleeing from police, following multiple robberies. Terrence Reed Jr. has been charged with Aggravated Unlawful Possession of a Stolen Vehicle, Possession of Stolen Property, and Resisting Arrest.

On Tuesday evening at 5:45pm, State Police were alerted to a stolen vehicle that was being tracked by a Chicago Police Department helicopter. The stolen vehicle was wanted in connection to multiple ATM Robberies throughout the south suburbs. The suspect abandoned the vehicle at a residence in New Lenox near Francis Road and Woodside Drive. Reed was taken into custody by authorities following a brief foot chase and taken to the Will County Adult Detention Facility.