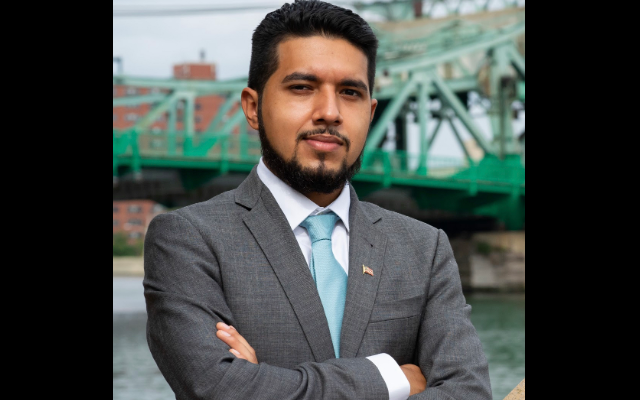 History was made on Tuesday, when 25-year-old Cesar Guerrero officially overcome former JJC Board President, Bob Wunderlich to become the first Latino in Joliet history to be elected to Joliet City Council At-Large seat. He will also be the youngest member of the Joliet City Council.

Guerrero overcame his election night deficit of 55 votes with a strong showing in mail-in ballots that has left him 15 votes ahead of Wunderlich. The provisional and mail-in ballots were counted from the Joliet precincts in Will and Kendall counties.

The election of April 6th will officially be certified on April 27th.

Guerrero gained the endorsements of progressive Congresswoman Marie Newman and Congressmen Chuy Garcia along with groups like Food and Water Action, Sunrise Movement, Illinois Nurses Associations. Guerrero says he willing to stand up to bullies and say NO to NorhtPoint.