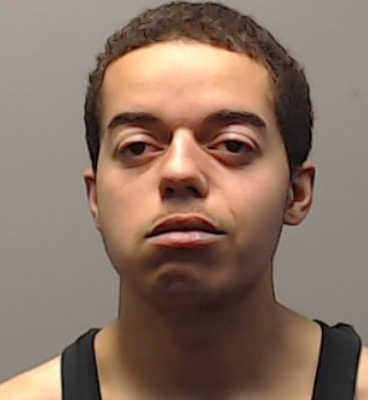 A 19-year-old Channahon resident is in custody after allegedly pointing a gun and firing a shot at someone during an argument. On Saturday night, just after 5:32 pm, Channahon Police were called to the area of Bridge Street and Blackberry Lane for a domestic altercation.

Officers were able to locate a person matching the description of one of the involved parties in the incident. This person told officers that during a conversation with the suspect, Joseph Olson, Olson pointed a firearm at this individual and fired one shot. Olson then fled through the Channahon State Park. Officers learned Olson had been arguing with this same individual and others since 7:00am.

Officers recovered a shell casing from the area of where witnesses say Olson discharged the firearm. Channahon Police located Olson at his residence where he was taken into custody without incident. A 9mm handgun was recovered as well along with other items. Olson was charged with Aggravated Unlawful Use of a Weapon and Aggravated Discharge of a Firearm.

Olson is currently in custody at the Will County Adult Detention Facility.