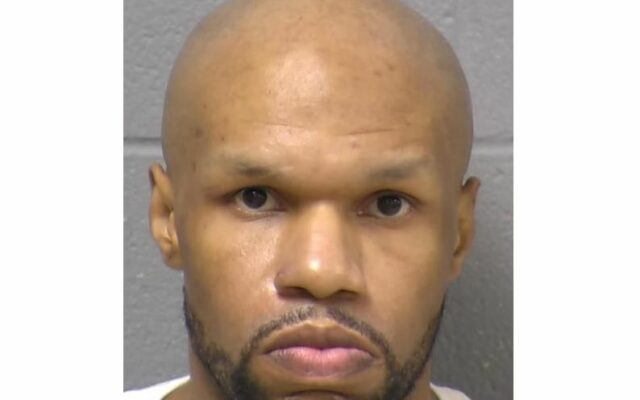 A 03/31/2021 booking photo of William Jenkins from the Will County Adult Detention Facility.

Charges have filed against the 38-year-old man who was shot by Joliet Police on Tuesday afternoon. William Jenkins is now facing three counts of delivery of a controlled substance. It was at 3:33pm on Tuesday that Joliet Police were conducting a traffic stop in the parking lot of Wendy’s in the 100 block of North Center Street. While officers were trying to making the traffic stop, the driver, 38-year-old William Jenkins, put his vehicle in reverse and struck a Joliet Police Officer, pinning the Officer between two vehicles.

Officers arriving on the scene fired their weapons as Jenkin’s attempted to run them over. Jenkins was struck multiple times by the gunfire. The Officer and Jenkins were both taken to a local hospital with non-life threatening injuries. The injured Joliet Police Officer has been treated and released.

Jenkins bail has been set at $500,000. He is still in a local hospital receiving treatment.