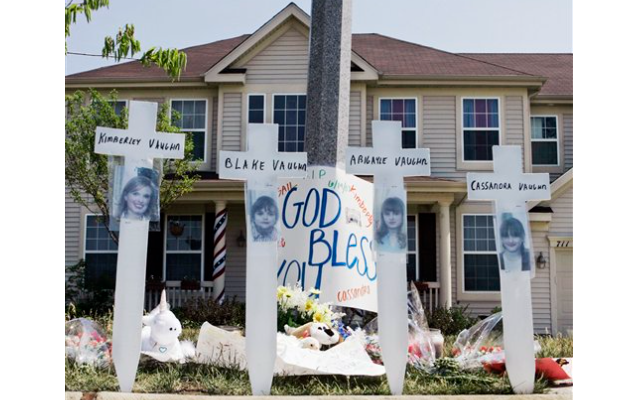 The parents of Christopher Vaughn are suing the State of Illinois, Will County, and the Will County’s State’s Attorney according to channel 9 news. The Missouri couple wants to correct the public record claiming the DNA tested that was done involving their son’s case was widely inaccurate.

The Vaughn’s attorney Keith Altman, says the DNA evidence submitted to the grand jury was fraudulent and the Illinois State Forensic Scientist “tampered with the laboratory reports.”

The Oswego man is currently in prison for killing his wife and three children in 2007.

Will County State’s Attorney cannot comment on a pending case.