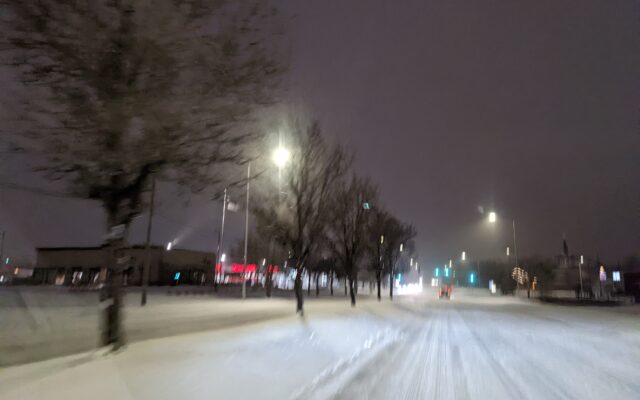 As the winter season is here and the possibilities of winter snowstorms increases, residents are reminded of the City of Joliet snow removal policies and actions for the 2022-23 winter season.

Please take caution during any snowstorm. If possible, please remain home while it is still snowing, and crews are in action. Residents should remove vehicles from the streets until the City crews have had a chance to clear the streets. Roadway crews will not return to streets when parked cars are moved until city-wide snow removal operations are complete.

Street plowing operations are performed in the following order:

The City of Joliet does NOT plow alleys.

Snow removal crews work long hours to keep the streets clear and safe. The City asks for everyone’s cooperation to help keep streets safe as well. Remember, snowplow trucks cannot stop or turn as readily as most vehicles, please do not follow a snowplow too closely.

Due to the cost of de-icing materials, it is Rodway Division’s policy to utilize salt on major arterials and subdivision mains at intersections and mid blocks and utilize a mixture of salt at the intersections only on the subdivision streets. Therefore, it should not be expected that these streets would immediately be cleared to the pavement.

The combination of sun and traffic help the de-icing process. It is possible that some snow is left on the street after plowing because allowances must be made for manhole covers and other above-pavement obstacles to avoid damaging snow removal equipment.

When plowing is required, it is inevitable that snow “berms” are created across driveways. The plow operators do not have control over the berms of snow coming off the edge of the plows. The Roadways Division tries to keep this issue to a minimum.

The City of Joliet utilizes a mixture of rock salt and organic liquids containing sugar beet juice in the fight against snow accumulation and freezing on the roadways. This combination allows for the material to be effective in extremely cold conditions.

In addition, this mixture is less corrosive to the streets, vehicles, and vegetation in the City. Residents should expect to see a brownish residue on the streets as opposed to a white residue. This is easily washed from vehicles.

On-street parking is prohibited by City Ordinance (16900, Section 19-142) for any snowfall accumulations of two (2) inches or more. Parked vehicles are an obstacle to the snowplows. Consequently, plowing around parked vehicles leaves large areas of snow and ice on the roadway. Once the plow trucks have cleared the entire street by your home or business, you may move your vehicle back to the street.

When a parking ban is in place, the Joliet Police Department may either issue a parking ticket to the owner of the vehicle left on a City street, have the vehicle towed , or both. All towing and storage costs will be the responsibility of the vehicle owner.

The City of Joliet Roadways Division will mobilize its crews when there is a measurable accumulation of snowfall or if the winter mix is causing hazardous driving situations such as freezing rain.

The Roadways Division is responsible for over 600 centerline miles with a fleet of 41 plow trucks and a crew of 46 employees.

Joliet has a goal of clearing all streets within 24 hours after the snow event stops. Heavier snowfalls often take longer to clear. Due to the volume of streets to be cleared of snow and the staffing and equipment available, snow plows will not return to streets that had parked vehicles on them until after the entire snow removal process has been completed. This could be a day or two after the initial snow has been cleared.

The following are shoveling guidelines for City of Joliet residential and commercial property owners:

The City of Joliet Roadways Division makes every effort to clear the roads from curb to curb where vehicles are not parked on the streets. In many cases of wet snow, the thrown snow may damage mailboxes that are set too close to the curb. This is unavoidable. Mailbox damage complaints will be handled on a case-by-case basis. The City of Joliet will not reimburse for mailbox damage for improperly located mailboxes. The standard and accepted mailbox placement should be 42 inches measured from the ground surface to the bottom of the mailbox. The mailbox should be located so that the front of the box is no closer than 6 inches from the back of the curb. Any questions regarding the placement of mailboxes should be directed to the Joliet Post Office at 815-773-1089. If you experience mailbox damage as a result of City snow plows, please call 815-724-3651. If you experience sod damage as a result of City snow plows, please call 815-724-3652.

This and other information is available on the Snow Removal page of the City website.