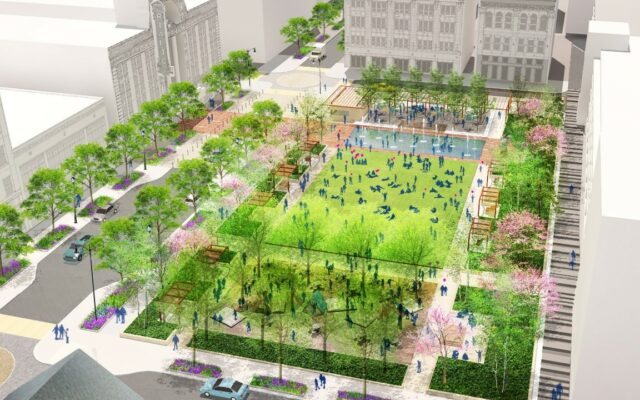 The City of Joliet is thrilled to announce that the City Square project will receive $3 million in funding from the Rebuild Downtowns & Main Streets Capital Grant Program through the Illinois Department of Commerce and Economic Opportunity (DCEO).  Mayor Bob O’Dekirk added: “City Square will be a catalytic transformation of underutilized, publicly owned space. It will bring a vibrant gathering place to the heart of downtown Joliet.”

A concept plan for the 1.3 acre site was developed after many interactive working meetings with local stakeholders, community members, City officials, and staff in 2018. Potential key elements of City Square identified at that time included ample green space, flexible performance space, “red carpet” pavement connecting the Square to the Rialto Square Theatre, a library garden (which includes a storyteller corner), a water feature, unique lighting, seating nooks, and space for future large–scale iconic public art. In the spring of 2022, the City committed funding to move the project from a concept plan to one that leads to construction. Next steps for this project include obtaining input and comprehensive feedback from residents and downtown stakeholders on key City Square design components. The public outreach process is expected to begin next month. Final design is expected to wrap up by late 2023 in order for construction of City Square to begin in 2024. The project must be completed by the end of 2025. Both historic Route 66 and the Rialto Square Theater will celebrate their 100-year anniversaries in 2026.

The Mayor noted: “With the completion of both the Chicago Street reconstruction and City Square projects, the Chicago Street corridor is poised to become once again one of the southwest region’s most vibrant urban spaces, well-loved by the community and a memorable destination for tourists.” 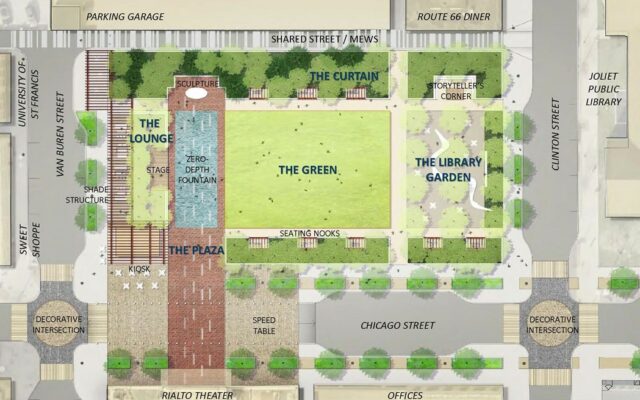 Figure 2: Rendering of the concept plan for 1.3 acre site from the Chicago Street Corridor Plan (2018)