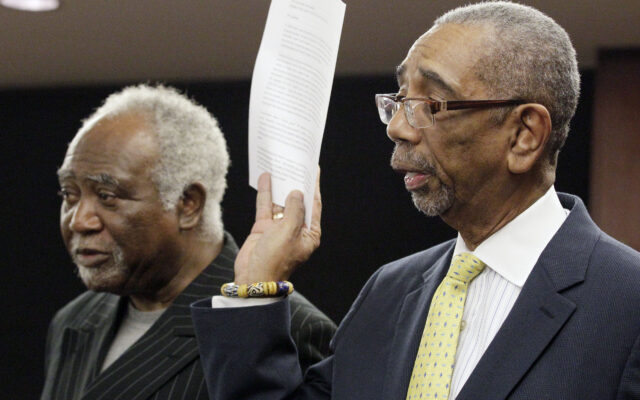 Congressman Bobby Rush is demanding that Governor Pritzker take action that could bring ten-thousand jobs to the Joliet area. Rush called on the governor to sign a bill in order for construction of a Compass Global Logistics Hub otherwise known as NorthPoint to proceed in Joliet.

The two-billion-dollar hub would serve as a relay point for goods arriving by rail. The project was approved by the Joliet City Council in December. But groups such as Stop NorthPoint have filed lawsuits against the City of Joliet to stop NorthPoint. The group is also encouraging Governor J.B. Pritzker to protect Abraham Lincoln National cemetery from the truck noise, pollution. Plus they want the Governor to keep the proposed bridge in local control.

Meanwhile, Warehouse Workers for Justice held protest in Joliet Friday, to rally residents and encourage Governor J.B. Pritzker to hold his ground and not intervene in the Elwood bridge situation.This protest follows growing unrest around large warehouse and logistics centers in the southland and more plaintiffs joining lawsuits against Northpoint and Joliet. WWJ was joined by local residents, current and former warehouse workers and members of the group Just Say No To Northpoint to demand local officials honor the wishes of Elwood.

“Northpoint is trying to divide our communities by making false promises about 10,000 good jobs,” said Yana Kalmyka the Labor and Environmental Justice Organizer at WWJ. “We have heard it all before and we are here to say, we need a new day from warehousing and logistics in Will County.”

Based in Joliet Illinois, Warehouse Workers for Justice is a worker center fighting for stable, living-wage jobs in warehouses and distribution centers. We educate workers about labor rights, teach folks how to enforce their rights, organize in the workplace and community and fight for public and private policies that promote full-time work at decent wages in the warehouse industry.