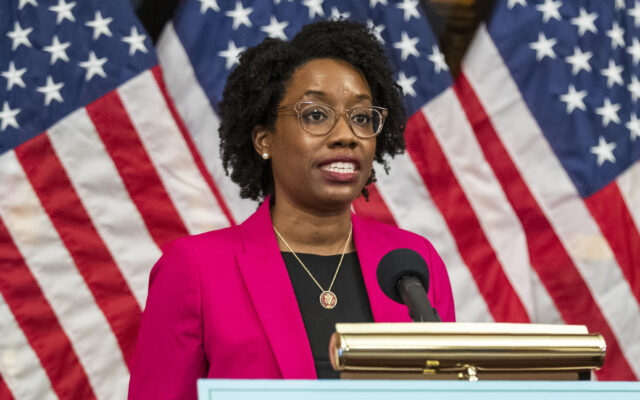 Congresswoman Lauren Underwood, D-Naperville, introduced herself to Joliet on Thursday during a Joliet Region Chamber of Commerce & Industry lunch at Harrah’s Casino. Underwood has represented the 14th district since 2018 but due to redistricting she now covers most of Joliet. Previously Joliet was covered by the 11th District and represented by Bill Foster, D-Naperville. Underwood spoke for several minutes and covered health care, mental health and jobs. She will be opening a downtown Joliet location soon. There were more than 150 people at the luncheon. Underwood told the crowd, that her district is “70% new” and she wants to hear from the community.