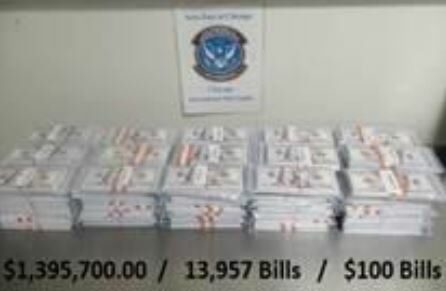 It was on Monday, November 16, officers at the IMF inspected a parcel that was coming from Ukraine and heading to Joliet. The officers inspected the shipment to determine the admissibility of the parcel and contents. The shipment was manifested as prop money and totaled $1,395,700.

Each of the 13,957 counterfeit bills were $100 denominations. Even though these counterfeits were listed as prop money, it is a violation of federal law to reproduce currency. Violators can be arrested. The counterfeit currency was turned over to Homeland Security Investigations and U.S. Secret Service for investigation.