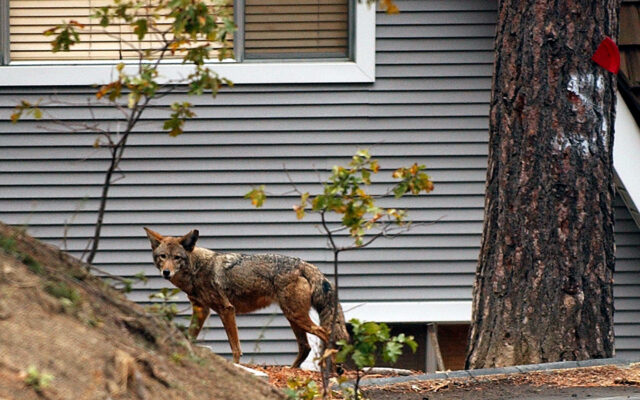 The Bolingbrook Police are sharing details after a person walking their dog was attacked by a coyote. It was on Sunday morning at 8:54am. Bolingbrook Animal Control was notified of a person who was walking her dog when they were attacked by a coyote. This is the first reported coyote attack against a person in Bolingbrook, and coyote attacks against people are extremely rare. Neither the person or their dog were injured in the incident. The coyote was nipping at the person’s feet and trying to jump on their back. The coyote appeared to be in poor physical condition. The victim was walking on the Lily Cache Creek Trail, west of Kings Road, north of Prairieview Blvd., south of Trails End Lane, and southwest of the Lily Cache Sports Fields West, when the incident occurred.

Coyotes are generally fearful of humans and will try to avoid contact. In the rare event a coyote attacks you or someone near you, yell at the coyote to make it back off. Do not run, since a coyote can run much faster than a person. The Illinois Department of Natural Resources has been contacted regarding this incident.

Informational signs will be posted in the area. Bolingbrook officers assigned to the park district will be patrolling the park and adjacent trails where the incident occurred.