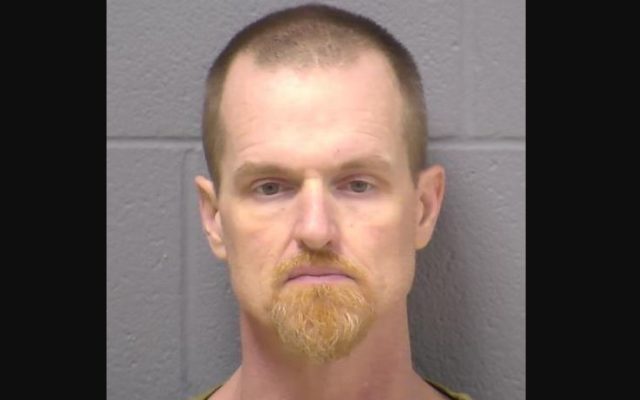 A 48-year-old Crest Hill man was arrested over the weekend and charged with Burglary and Criminal Damage to Property. It was on Sunday at approximately 04:12am, Tactical and Burglary Unit Officers with the Joliet Police Department were conducting surveillance on tobacco stores due to an increased number of burglaries. Tactical Officers heard glass breaking on S. Larkin Avenue and observed a subject climbing into a broken out window of a tobacco shop. An officer then observed the subject, later identified as Christopher M. Cox of Crest Hill, throw a bag out of the broken window. Cox then climbed out of the window where he was confronted by Tactical Officer. Cox immediately went back inside the business and ran out the back door. Another Tactical Officer in the rear gave chase. After a short foot pursuit Cox was taken into custody. The bag that was thrown contained various tobacco products and currency taken from the business. Cox was booked and transported to the Will County Adult Detention Facility.