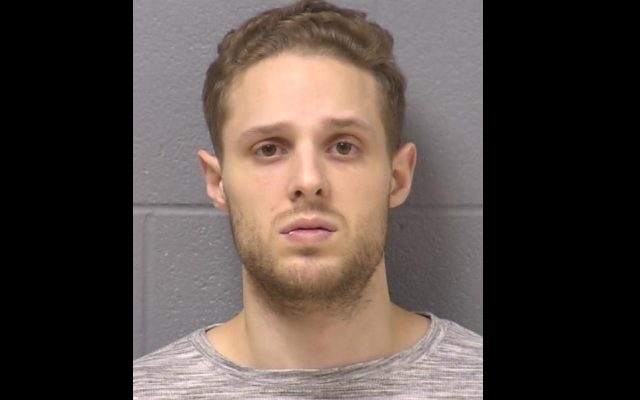 A 28-year-old Crestwood man is being held on 10-million dollars bond after being charged with 6 counts of murder with intent to kill or injure. Anthony Maggio was arrested on Wednesday by Lockport Police Department. Maggio is accused of killing 32-year-old Ashtin Eaton of Lockport and her one-year-old daughter.

On Friday, October 2, 2020, the Lockport Police Department received a call at 936 S.  Hamilton St regarding a woman who had been found dead in her home. When officers arrived, they  located a 32-year-old female deceased and a 14-month-old female who was also deceased.

The deceased were identified as Ashtin Eaton, age 32, and Hazel Bryant, age 14 months. Ashtin is Hazel’s mother. Following an autopsy by the Will County Coroner’s Office, it was determined that the  cause of death for both Ashtin and Hazel was homicide. Ashtin had been strangled, and Hazel was  asphyxiated.

Lockport Police detectives conducted an exhaustive two-year investigation into the deaths. After  processing more 100 pieces of physical evidence and following up on numerous leads, detectives  identified Anthony F. Maggio, of Crestwood as suspect  in the homicide. Maggio is the father of Hazel and had dated Ashtin previously.

With the assistance of the Will County State’s Attorney’s Office, the Lockport Police Department was  able to secure an arrest warrant for Maggio for six counts of First Degree Murder. Maggio’s bond was  set at $10,000,000.00. Maggio was arrested by the Will County Sheriff Department’s Warrant Division  at his residence. He has been detained at the Will County Adult Detention Facility.