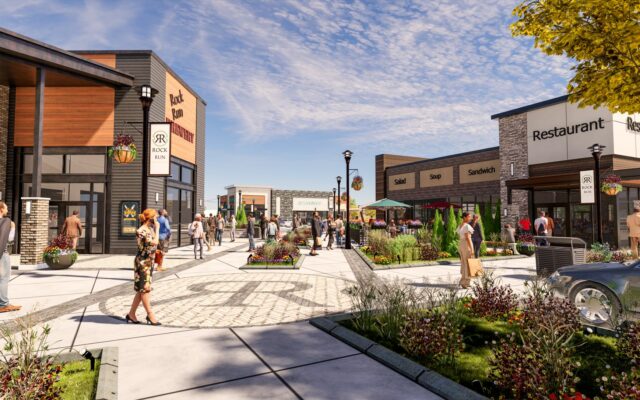 Rendering of Rock Run Crossings at I-80 and I-55

Cullinan Properties is excited to announce the addition of Hollywood Casino Joliet as an anchor tenant at the Rock Run Crossings development project.  The construction of the casino is expected to begin in late 2023, subject to local regulatory approval.

The parent company of Hollywood Casino Joliet, PENN Entertainment, announced its intention to develop a new land-based casino at Rock Run Crossings in Joliet, IL. The casino project has an estimated budget of $185 million and will combine state-of-the-art gaming with multiple high-quality dining options and 10,000 SF of meeting and event space at the highly visible, super-regional Rock Run Crossings development site.

“We are delighted to be working with PENN Entertainment to have Hollywood Casino as an anchor at our Rock Run Crossings mixed-use development.  This tenant encompasses our vision for the project that will feature a variety of dynamic uses throughout the site,” said Mathew Beverly, CEO of Cullinan Properties. “We look forward to continuing to work with the City of Joliet, prospective tenants and current partners to bring the Rock Run Crossings project to life.  Over the past several months, we have accomplished several milestones including the execution of the development agreement, the I-55/Illinois 59 interchange construction momentum and now the announcement of a high-traffic generating anchor tenant,” added Beverly.

“The city has worked closely with Hollywood Casino and Cullinan Properties to enable the casino to stay within the area as well as be a catalyst for the region’s exciting new mixed-use development, Rock Run Crossings,” said Mayor Bob O’Dekirk. “The City of Joliet continues its upward trajectory since the pandemic as this announcement is another example of positive, on-going development within the city and the region as a whole,” added O’Dekirk.

Hollywood Casino has been an entertainment staple in the Joliet area since 1992.