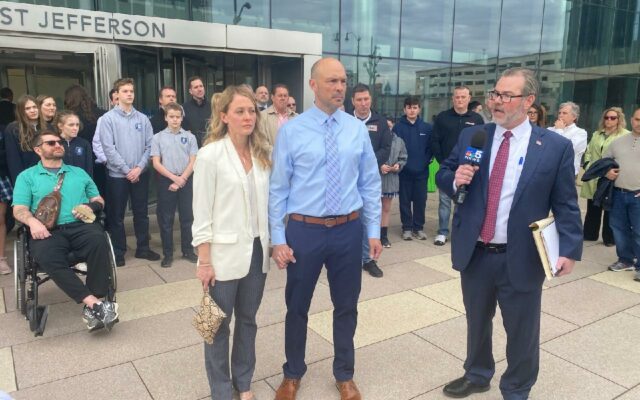 At Will County Courthouse on April 11, 2022 from left, Health Goewey, Ed Goewey and attorney Bob Bodach

A Will County judge has sentenced a Will County Sheriff’s Deputy to one-year court supervision and a $750 fine after being convicted of disorderly conduct following an incident at his child’s school.

Ed Goewey was found guilty of disorderly conduct following a December 3rd, 2021 incident. The off-duty sheriff arrived at his daughter’s school following a threat of violence by another student. That student was still in a classroom and was not removed. Staff from St. Mary’s Catholic School in Mokena testified they felt threatened by his presence at the school.