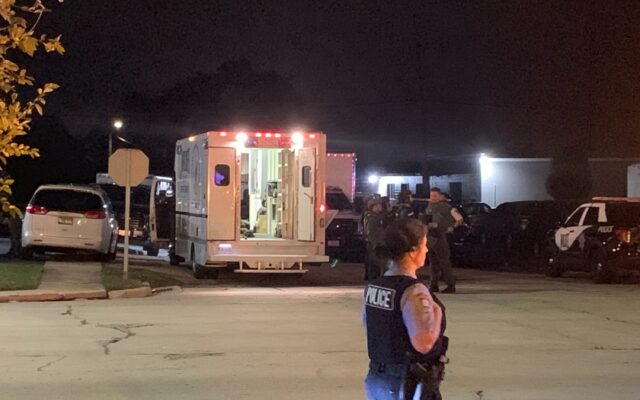 On October 6, 2022, at 6:45 PM, Officers responded to a residence in the 200 block of South Center Street for a domestic disturbance. Upon arrival, Officers determined that Joseph Brown (30, Joliet) had battered two adult females in the residence. During this initial response, Brown had fled the residence prior to the arrival by Officers. A short time later, Officers responded back to the residence after it was reported that Brown had returned to the home. Information gathered at this time led Officers to believe that Brown may be possibly armed and alone in the basement of the residence. Officers made numerous attempts to communicate with Brown and received no response.

The Joliet Police Department Special Operations Squad and Crisis Negotiation Team responded to the scene and a perimeter was formed around the residence. Numerous attempts were made to
communicate with Brown but were unsuccessful. While members of the Special Operation Squad were conducting a search of the residence, Officers on the perimeter located Brown across
the street from the residence in the 200 block of Center Street, and he was taken into custody for multiple counts of Domestic Battery. Joliet Fire Department paramedics that were on the scene provided medical assistance to Brown as he appeared to be under the influence of an unknown substance. Brown was transported to Ascension St Joseph Medical Center for treatment, and he
remains there at the time of this release.