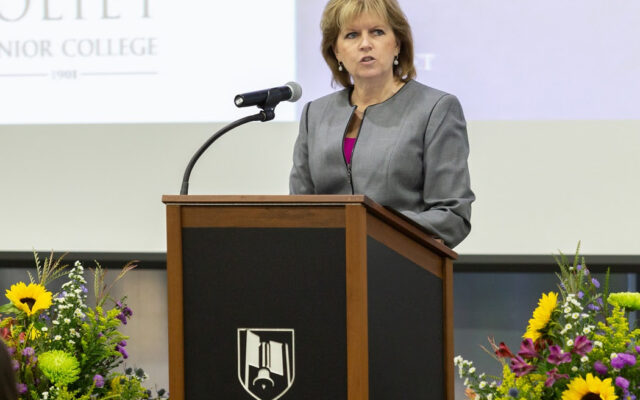 The Joliet Junior College Board of Trustees conferred the title of president emerita to Dr. Judy Mitchell at its June 15 meeting.

Mitchell, JJC’s ninth president, will assume the title on Sept. 1 after her retirement from the college. She’s only the second president to receive the honor in the college’s history. The designation is representative of Mitchell’s diversity of impact and evolution of JJC’s culture in her six years as president. 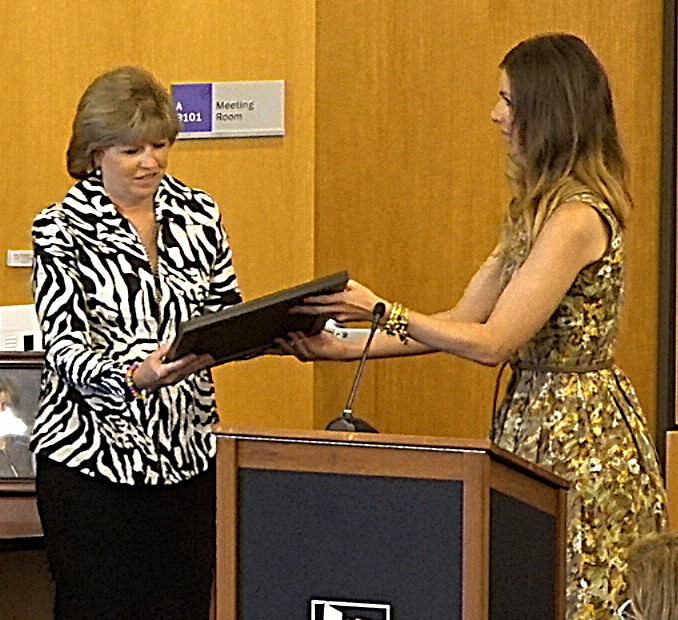 “I began my journey at JJC in 1993 as a student and then my career on Dec. 2, 1996 and have since had the distinct honor of working alongside our administration, faculty, staff, students and our Board of Trustees,” said Mitchell upon receiving the president emerita designation.

Her first role at the college was an administrative assistant in the Computer Information Office Systems Department. She earned associate degrees in microcomputers for business and computer programming in 1998. Over the next 18 years, Mitchell would earn three more degrees that led to multiple career advancements within the college, culminating in 2016 when she became JJC president.

“I could not have done the job I have without the ‘we.’ Our employees, our students, our community and the support of my Board of Trustees,” she said. “Thank you for the wonderful time we’ve spent together. The smiles, the laughs, the tears and joy I hold in my heart created memories that will last a lifetime.”