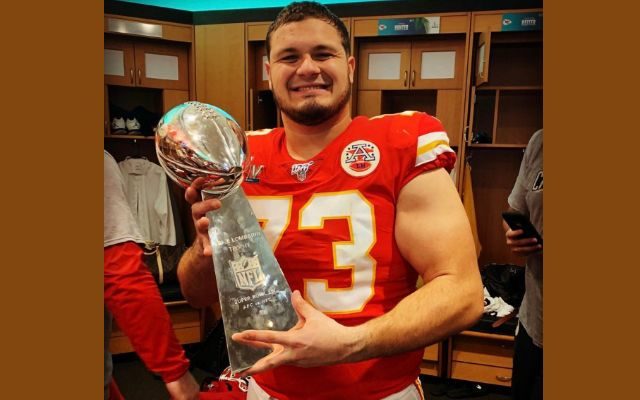 A dream come true for a local high school football player who made it to the NFL. Nick Allegretti who played high school football for Lincoln-Way East holds the Lombardi Trophy for Super Bowl 54 after the Kansas City Chiefs beat the San Francisco 49ers last night 31-20 in Miami. Allegretti is an offensive guard for the Chiefs and his father spoke with the Scott Slocum show this morning after a night of partying. Carl says, “he’s just happy for him” and that his son “got to play in the game,” and says no one can ever take this away from him.

The Kansas City Chiefs are Super Bowl champions for the first time in 50 years. Allegretti was raised in Frankfort. After high school he played for the University of Illinois in Champaign.