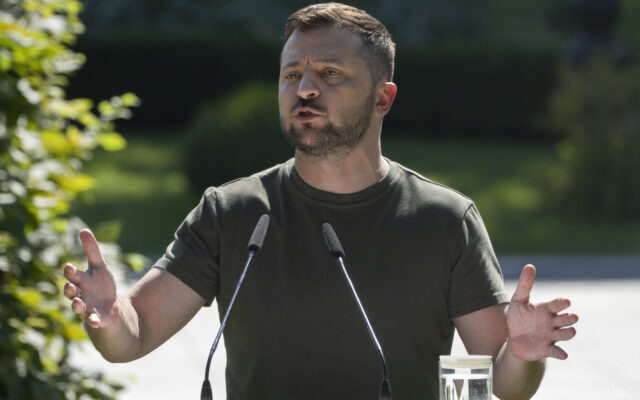 A new billboard will soon be coming to Chicago. House of Ukraine, based in San Diego, has kicked off a national awareness campaign with billboards featuring Ukrainian President Vlodymyr Zelenskyy. The first billboard was unveiled Friday in San Diego, but Chicago, Cleveland, Philadelphia, New York, and Washington, D.C. are on the way. Through “Drive for Ukraine,” the House of Ukraine hopes to raise five-million dollars for Ukrainian humanitarian efforts.