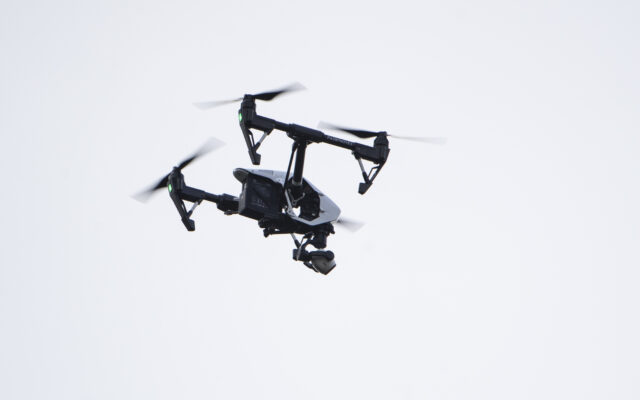 Joliet Police took out all the stops after an early morning car, and foot chase forced the department to deploy drones and K-9s in an effort to find the suspects who had fled into a residential area. On Friday morning, just before 1:45 am, Joliet Police saw a car traveling at a high rate of speed in the area of Collings Street and Ward Avenue. Officers followed the vehicles to Garnsey Avenue and Ohio Street when a Lincoln Zephyr and a Nissan Altima ran the stop sign at the intersection. Officers attempted to pull over the Lincoln, but the driver refused to stop, and a pursuit ensued. This pursuit was quickly terminated near Benton Street and Eastern Avenue due to safety risks resulting from the vehicle’s reckless driving. A short time later, Officers located the Lincoln near Benton Street and Michigan Place, which appeared to be disabled.

Officers then saw a male running from the vehicle’s area and gave chase. A 17-year-old male juvenile that was running from police was located hiding near a stairwell in the 100 block of Webster Street. He was placed into custody without incident. A search of the juvenile saw the recovered a loaded 9mm handgun from his sweatshirt pocket. The handgun’s serial number appeared to have been defaced. The Lincoln was towed from the scene.

A short time later, Officers located the earlier observed Nissan Altima in the 1200 block of Massachusetts Avenue and attempted to stop the vehicle. The vehicle pulled into a residential driveway when two male passengers ran from the car, one of them possessing a rifle. The driver, 26-year-old Juan Mendoza-Pantoja, remained in the vehicle and was detained at the scene.

The two fleeing passengers refused Officer’s commands to stop. Police began conducting an exhaustive search of the area by ground, by air utilizing a drone and K9s from both the Joliet Police Department and Will County Sheriff’s Office. A short time later, police located one of the fleeing passengers hiding in the backyard of the residence. He was identified as 19-year-old Elian Raya and placed into custody. The other passenger that was seen in possession of a rifle vehicle could not be located. The car was towed from the scene.

The 17-year-old juvenile was arrested and charged with Aggravated Unlawful Use of a Weapon, Unlawful Possession of Ammunition, No FOID, and Defacing Identification Marks of Firearm. They were then taken to the River Valley Juvenile Justice Center.

Elian Raya was arrested on a charge of Resisting/Obstructing a Peace Officer and released on an I-Bond.

Juan Mendoza-Pantoja was cited and released at the scene on an I-Bond for Operating a Vehicle with Suspended Registration, Operation of Uninsured Motor Vehicle, No Window Treatment Adjacent to Driver, and Unlawful Possession of Cannabis by Driver.