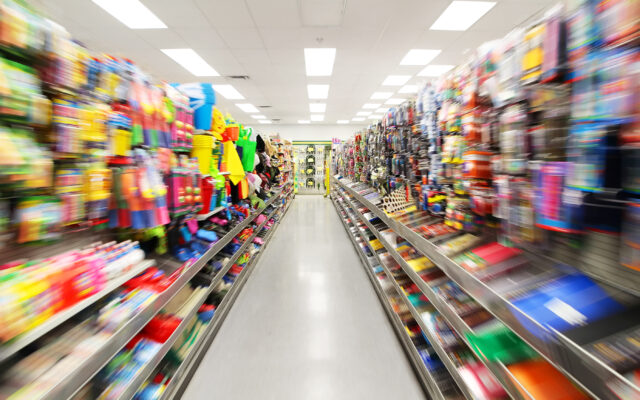 The Illinois Attorney General’s Office is teaming up with the Illinois Retail Merchants Association on several initiatives, including cutting down on third-party sales of stolen items. The proposal would also require online marketplaces to verify the identity of third-party sellers by using bank account numbers or taxpayer IDs.

“It is not a victimless crime,” said Rob Karr, president of the Illinois Retail Merchants Association. “While the [Magnificent] Mile and high-end stores have captured headlines, neighborhoods and retail quarters throughout the state have been victims.”

The measures also call for stiffer penalties for thieves. Under the new framework, organized retail crime suspects could also be prosecuted by the Illinois Attorney General through a statewide grand jury.

“They need to be treated differently under the law,” said Attorney General Kwame Raoul.

Raoul said the retail thefts are not being carried out by just “run of the mill” shoplifters.

“These crimes are perpetrated by sophisticated, criminal enterprises coordinating the theft of many items of high value,” said Raoul.

The new initiatives also include the creation of a statewide database to aid communication between law enforcement agencies and retailers.

The proposal calls for earmarking state funds on an annual basis to create new positions in the AG’s office and various state’s attorney’s offices across the state solely dedicated to investing and prosecuting retail theft and illicit trade.

A Republican candidate for attorney general released a statement after Raoul’s announcement saying the Democrats are scrambling to fix their own failures. Steve Kim is blaming recently passed criminal justice reform measures for increased crime.

“JB Pritzker and Kwame Raoul’s anti-law enforcement bill provided an out for criminals who take part in flash mob theft, and now they are trying to cover up for themselves,” said Kim in a statement.

According to the National Retail Federation, organized retail crime has increased 60% in the last five years.

“For the first time in my nearly three decades involved with retail, this is the first time that safety and crime has been one of the top two concerns as stores decide whether to locate or keep stores open,” said Karr.