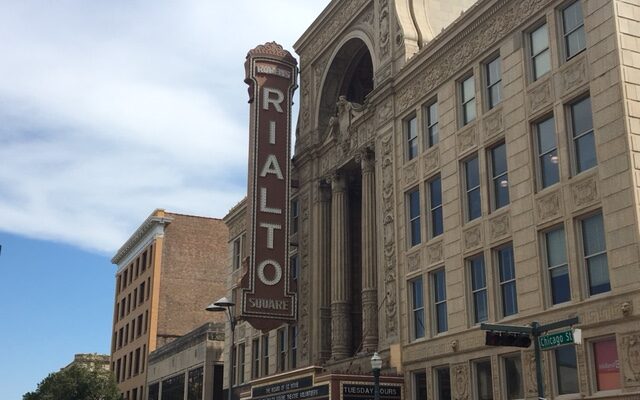 Illinois music and entertainment venues that closed their doors due to the pandemic are now getting millions in grant money as part of a federal program aimed at helping keep their doors open.

Rick Edgar, general manager of the Peoria Civic Center, said the venue received $2.5 million. He said when the venue was forced to shutdown, it caused a ripple effect.

“When we closed, we just didn’t lose jobs directly and lose our business, restaurants closed permanently, hotels have shut down in this part of the state,” Edgar said.

Millions of dollars have gone out to venues across Illinois. Shedd Aquarium, Brookfield Zoo, Field Museum, Art Institute, and the Second City Theater in Chicago all received $10 million with several other venues getting the same.

The awards vary widely in size and have gone out all over the state. From $30,000 to the Galesburg Symphony society and $1.4 million to the Rialto Theatre in Joliet to $218,000 to a movie theater complex in Vandalia.

Abby Koester, president and CEO of the Children’s Museum of Illinois in Decatur, said the $110,000 in grant funds the museum received will be useful because the museum is still has not returned to normal operations.

“They are being used for our general operating funds,” Koester said. “While we’re open, we are still operating at lower than normal numbers.”

Some venues are wondering why they have been denied a SVOG grant. The Intercept reported, as of September 27, the Small Business Administration has denied nearly 30% of applications. While businesses can appeal the SBA’s decision, the agency doesn’t reveal the reason for the denial, so the business owner is left to figure it out.

U.S. Rep. Rodney Davis, R-Illinois, has introduced legislation in Washington that would extend the deadline for using the SVOG funds until spring 2023.

“Many music venues and theaters have waited a long time for the SBA to distribute grant funds, but bureaucratic delays have slowed the process of getting the funds out the door,” Davis said. “With the grant program expiring in less than three months and the pandemic still negatively impacting their industry, it’s important that we extend the program’s deadline so venues can fully utilize the grant funding.”