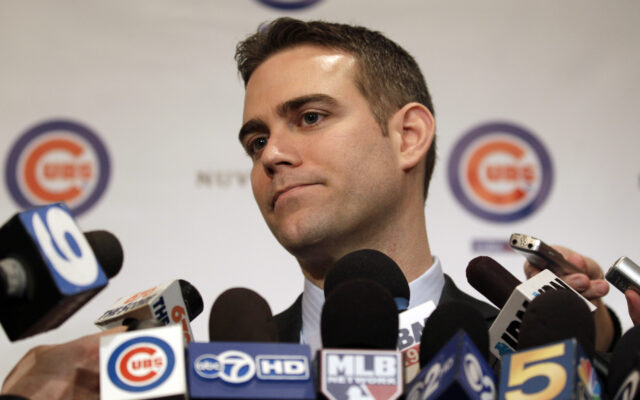 Former Cubs president Theo Epstein isn’t giving up on baseball. The three-time World Series-winning executive was hired by Major League Baseball as a consultant to “on-field matters.” The move comes as the sport contemplates rule changes to create more action and pace to the game. Epstein stepped down as president of baseball operations for the Cubs in November after nine years with the team. Epstein won two World Series titles with the Boston Red Sox, in 2004 and 2007, before doing the same with the Cubs in 2016.