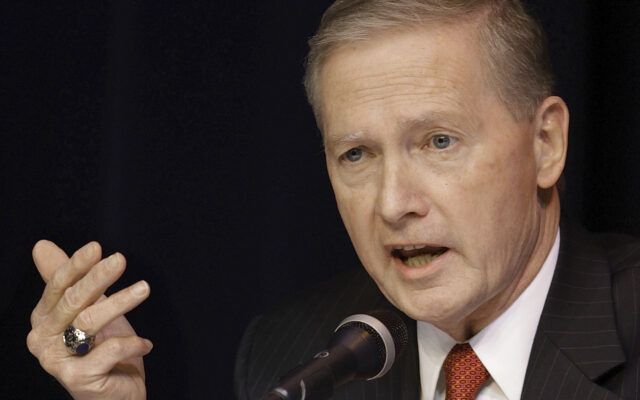 FILE - In this Dec. 14, 2009, file photo Illinois Republican Gubernatorial candidate Jim Ryan speaks at a GOP gubernatorial debate in Springfield, Ill. Ryan was asked a simple, direct question at the debate: where would you cut spending to make good on your promise to fix Illinois' enormous budget problem without a tax increase? "The answer," he replied, "obviously is to cut spending and limit the growth in spending, which is outrageous." Ryan was the candidate who came up with that non-answer in Tuesday's debate, but it could have been almost any of the Republicans running for governor. (AP Photo/Seth Perlman, File)

Former Illinois Attorney General Jim Ryan is dead. His family says he passed away peacefully at home yesterday at the age of 76 after several lengthy illnesses. The Chicago native was a two-term Illinois attorney general from 1995 to 2003. He twice ran unsuccessfully for governor in 2002 and 2010 and previously served as the DuPage County state’s attorney.