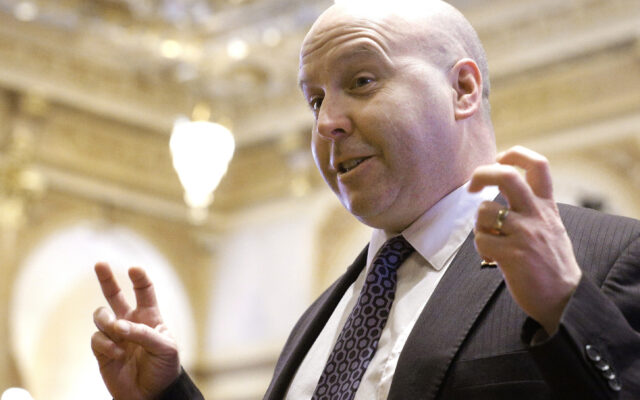 Former Illinois Senator Thomas Cullerton is pleading guilty to a federal embezzlement charge.  The 52-year-old from Villa Park entered the plea yesterday, two weeks after abruptly resigning from office.  Cullerton was indicted in 2019 over allegations he pocketed almost 275-thousand-dollars in salary and benefits from the Teamsters union despite doing little or no work.  A sentencing hearing is scheduled for June 21st.