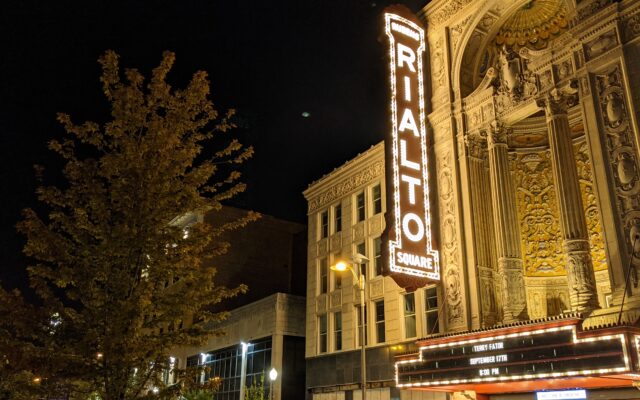 Valerie Devine, Executive Director of the Rialto Square Theater, informed the Board of the Will County Metropolitan Exhibition and Auditorium Authority that she would be retiring from the entertainment industry.

Robert Fillotto, Chairman of the Board, echoed the sentiments of the entire Board in saying that, “Val will be missed by the Board, staff, patrons, and friends of the Rialto Square Theater. Valerie took over management of the theater during troubled times and through her hard work and leadership, the Rialto is now on solid ground hosting record breaking shows and events.” Ms. Devine stated that it has been her “privilege to be a part of the team that has worked so incredibly hard to restore the “Jewel of Joliet’ to her place of honor and respect.” Ms. Devine plans to stay in the Joliet area and looks forward to continuing her passion of serving the community. Devine is employed by VenuWorks out of Ames, Iowa. While Devine’s official last day of work is April 21st, she’ll be staying on through June to help the transition of her successor.

VenuWorks contract with the Rialto is up for renewal this June.

Devine immersed herself in the community, volunteering her time to various Joliet organizations including CCP (City Center Partnership), Arts Commission, CCC (Center For Correctional Concerns), Rotary, Zonta and CASA. and supporting local events including Witches Night Out in Joliet.