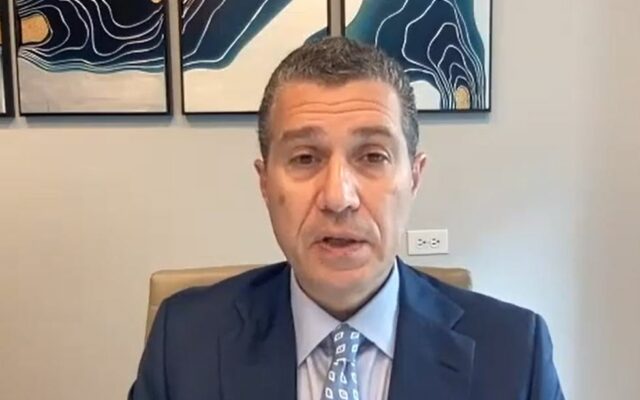 A lawsuit has been filed against the Plainfield School District 202 and three football coaches regarding a sexually violent hazing incident surrounding the Plainfield Central Football Program that occurred in October of 2019.

Press release below from the law offices of Romanucci & Blandin:

Romanucci & Blandin, LLC announced the filing of a new civil lawsuit on behalf of two minors who were members of the Plainfield Central High School football team and suffered hazing and sexual assault in the team’s locker room.

The lawsuit details an incident from October 17, 2019 in which two freshman members of the football team were surrounded older team members, pinned to the ground with a broomstick forced between their buttocks resulting in penetration that caused the broomstick to break. There were no coaches present in the locker room at the time, despite the requirement to do so and despite the coaches’ prior knowledge that this type of hazing had been a common behavior by team members since at least 2014. Furthermore, the District was not transparent in communicating about discipline for the students or coaches involved, nor did they properly report or investigate the incident.

The plaintiffs are the parents of two minors, Doe Child A and Doe Child B. The defendants are Plainfield Consolidated School District 202 and three football coaches at Plainfield Central High School: Michael Moderhack, Jon Pereiro and Vincent Vasquez. The complaint was filed in U.S. District Court, Northern District of Illinois, Eastern Division. The lawsuit seeks damages for the violation of the plaintiff’s constitutional rights along with an injunction to stop the practice of hazing, train coaches and students on the dangers of hazing and bullying, assign a peer monitor to the school to track its compliance and to establish a data base in District 202 for hazing and bullying complaints.

The complaint details ten counts including willful and wanton conduct that resulted in serious injuries and severe emotional distress to the plaintiffs, and civil rights violations under the Fourteenth Amendment that reflect patterns and practices within the District that led to the plaintiffs’ injuries. The counts explain that the students have a right to the benefits and privileges of public education and the right to be free from illegal practices and policies in school and on school property.

“The dreadful experience suffered by these two teenage boys is horrifying not only because it was physically and emotionally traumatizing, but also because it was completely preventable. Coaches were aware of these gruesome hazing traditions and looked the other way allowing it to happen,” said Founding Partner Antonio M. Romanucci.

“There is no excuse for this lack of oversight of teenage athletes, and a coach should have been present in the locker room that day. And if that isn’t enough, the behavior of other school officials after the incident was just as dismissive, failing to report, investigate or properly discipline in those involved. Absolutely no one was looking out for these freshman boys who were experiencing significant trauma,” said Attorney Bhavani Raveendran.