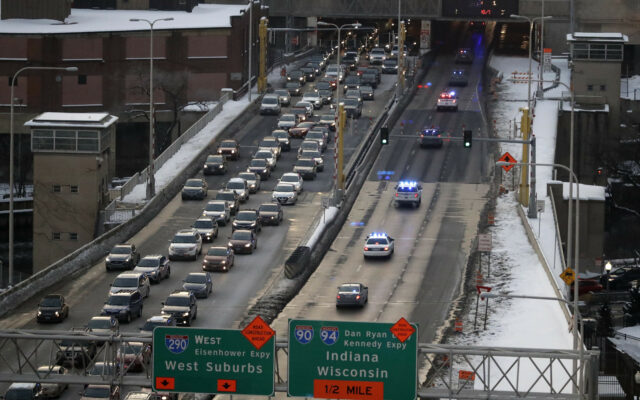 “This progress is a testament to the important anti-violence work that ISP has done to intercept preventable expressway shootings and keep Illinoisans safe,” said Governor JB Pritzker. “By investing in modernized technology and expanding collaboration between jurisdictions, we’ve been able to ward off many tragedies from striking our streets. Still, the work doesn’t stop here. Gun violence is a public health emergency—and my administration will continue to treat it as such by deploying every available resource to counteract this epidemic and save countless lives.”

“The Illinois State Police is committing numerous resources to combat what was a rising number of expressway shootings in the Chicago area,” said ISP Director Brendan F. Kelly.  “Since increasing the presence of ISP troopers, the use of automated license plate readers, the creation and deployment of specialty anti-violence units, and the use of air operations, the number of Chicagoland expressway shootings for the first half of 2022 decreased by more than a third and arrests have increased.  ISP is committed to using every tool in its toolbox to help keep people safe on Illinois expressways.”

Chicago Anti-Violence Detail.  ISP created the Chicago Anti-Violence Detail on October 1, 2021.  The ISP Division of Patrol DOP has consistently mobilized up to 110 additional Illinois State Troopers per month in Cook County.  These anti-violence details provide greater police presence and visibility along key expressways, while also assisting District Chicago Troopers with handling a large number of calls.  This frees up troopers to conduct proactive and targeted missions.  The increased presence has shown reductions in shooting-related incidents while deployed.

SAVE – Statewide Anti-Violence Enforcement. ISP created the SAVE unit on February 16, 2022 – a team made up of selected troopers armed with the strategic mission of crime interdiction. SAVE unit members perform focused-based policing in problem areas by way of intense saturation using intelligence, existing technology, and leveraging ties with various local, state, and federal agencies to “laser” focus on violent criminals.

Unified Command.  ISP established a unified command for quicker decision making and increased communication.   Multiple ISP divisions are working with a singular focus to enhance effectiveness and increase safety.  For example – air operations is used to pinpoint and surveil key suspect vehicles vs. dangerous pursuits, and investigations is working directly with the SAVE unit for more immediate access to crime scene services and laboratory analysis.

In addition to patrol and criminal investigation details to target expressway shooting, ISP is also strengthening forensic services and building new laboratories to process evidence, as well as recruiting 300 new troopers to join the ranks.