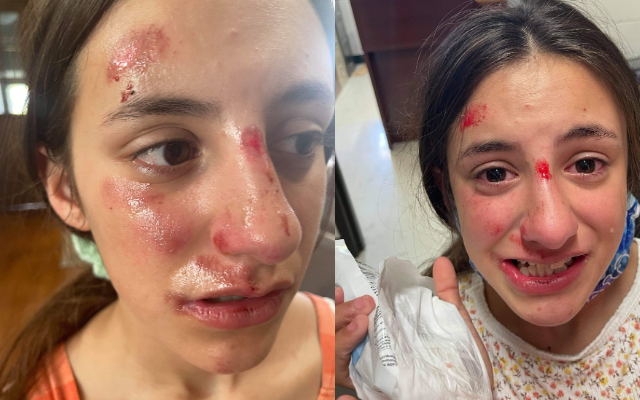 A GoFundMe page has been set up for a 13 year old girl who was bullied at Gardner Grade School. Mary Lopez says her sister Charlee had been repeatedly bullied and was tripped and pushed to the ground in PE Class in May. Charlee chipped a tooth and may lose two other teeth along with scrapes and bruises. Mary says the school didn’t event notify the family or start an investigation until her sister Charlee showed up to school a week later. The family is expected to speak with the Grundy County State’s Attorney’s office this week.

A GoFundMe page was set up to pay for medical expenses. It’s raised $16,000. To donate click here.

To hear the entire interview with Mary Lopez click here.

Hey Facebook. Today I’m going to share a story about my 13 year old sister, Charlee. Charlee goes to Gardner Grade School. She’s a 7th grader with the biggest heart in the world. Charlee wouldn’t touch a fly. Charlee has been repeatedly bullied by a girl in her class. Every instance was always name calling, never physical. Last week, however, this changed. Charlee was in PE Class when she attacked her. I’m not exaggerating when I say attacked. She was slammed into the pavement face first. Charlee lost half her front tooth and suffered severe scrapes to her face. Not only that, she’s traumatized. She did not deserve this.
The school never even called an ambulance. Charlee was helped up by her friend in PE Class. On top of that, the girl who attacked her has several records from other schools, not including GGS. The girl received a 2 day suspension. My mom met with the school’s principal today. To sum up their discussion, the school is sweeping this under the rug. The principal would not discuss anything to my mom without an attorney. Likewise, we are also seeking legal help.
My sister did not deserve this. My mom is now burdened with medical bills. My sister is now burdened with trauma. She’s going to be scared to trust other people. 13 years old.
What I’m asking you, my Facebook friends, is to share her story. We are trying to reach the local news stations. I pray that her story gets out and she gets the justice she deserves, because GGS certainly won’t serve it.