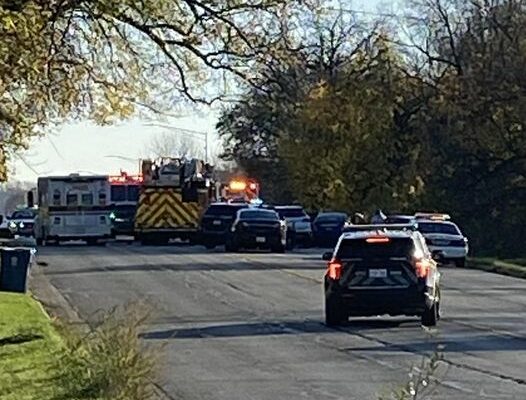 One person is dead following a fatal crash this morning on the city’s west side. Crews were called to the scene on Caton Farm Road just east of Von Esch Road around 8:00am for a multi-vehicle crash with injuries. There they found a car, driven by a 26-year-old woman from Plainfield and her passenger, a 25 year-old-man from Shorewood that struck two SUVs, one head-on travelling westbound. The second SUV was then struck in the eastbound lanes. Both driver and passenger of the car were taken to Ascention St. Joseph Medical Center with critical injuries. The 25-year-old passenger was pronounced dead upon arrivial to the hospital. The driver of one of the SUVs was also taken to Ascention St. Joseph Medical Center with minor injuries, with the driver and passenger of the second SUV refusing treatment.

Identification of the passenger who died in this morning’s crash is being withheld pending notification of next of kin. The crash is under investigation by the Joliet Police Department Traffic Division.

Update: The Will County Coroner released this:

The office of the Will County Coroner is reporting the death of Charles A. Hunter Jr., a 25 year old resident of Shorewood, IL. Mr. Hunter was the passenger of a vehicle that struck another vehicle at Caton Farm Road and Von Esch in Joliet, IL. Mr. Hunter was pronounced deceased at 08:30 AM on 11-07-2022 at the Ascension St. Joseph Medical Center in Joliet, IL. An examination was conducted today, 11-07-2022 at the Will County Coroner’s Office. The final cause and manner of death will be determined at a later date pending further reports.